In the midst of one of the worst drought seasons in 100 years, EnviroStraw was approached to rehabilitate and beautify the hillside slope of a quarry site in northern New South Wales following major roadworks.

During August and September 2018, our team laid the groundwork for the project, which included topsoil placement, seedbed preparation and hydromulching. 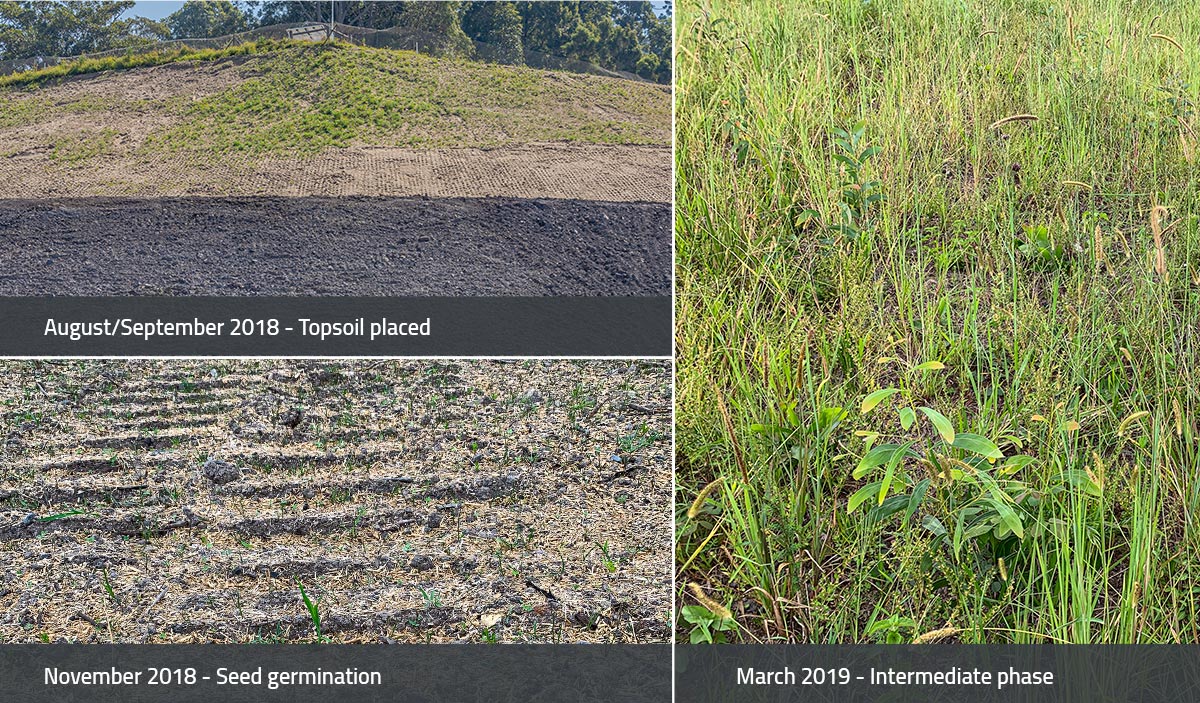 Despite the extremely hot, bone-dry conditions, it wasn’t long before the BioGrowth™ Regenerative principles, practices and products delivered the desired outcome: 100 per cent erosion control and successful native vegetation establishment.

Widespread germination took place after natural rain events in mid-November 2018. In the months that followed, the worst drought in 100 years hit the area until summer rains finally arrived on site in late February, which kick started the recovery process when full revegetation occurred with native species establishing.